When we think of the strongest, most powerful, most kick-butt women in history, eventually we start listing off queens: Elizabeth I, Isabella I, Catherine the Great, Rani Lakshmibai, what have you. No wonder so many of us comment “#QUEEN” under the Instagram posts of our fave ladies. Don’t we all look up to – and kind of want to be – women powerful enough to rule over men, conquer new lands, show potential suitors we mean business, and generally win at royal life? I’d say that’s a yes.

Marie Antoinette didn’t do any of that. Not really.

See, while Marie Antoinette was the legit Queen of France, she wasn’t as politically involved as Elizabeth, Isabella, or any of the other mentioned queens. She wasn’t a warrior monarch or a fierce figurehead. She was controversial and reviled by many. Yet she’s still my favorite queen of all time.

In the age of “#Girlboss” and “Lean In,” women have more career options and role models than ever, and that’s fantastic! But do all of us have to be CEOs, business moguls, or tech geniuses? What if some of us would prefer a more laid-back, artistic – even carefree – lifestyle? I say “do you,” and Marie Antoinette did as well, way back in the 1700s. (Even if it may have gotten her killed.)

Though she’s not your traditional queen, Marie Antoinette fully embraced her own approach to life – and that, I think, is worth appreciating. Below are six life lessons we can learn from her story.

Marie Antoinette didn’t wear outfits as extravagant as the one shown above on a regular basis – that was her wedding gown. Actually, her everyday gowns were usually simple and made of muslin, which was imaginably shocking to the French court. Luckily, la Reine de France knew just how she liked to look, and wasn’t afraid to show that she had a fashion sense all her own. In fact, her signature ginormous, white, wedding cake-like hairstyle, called the “pouf,” was created especially for her by her personal hairdresser, Léonard Autié. (Seriously? Her very own hairdresser? This girl almost had it too good.)

Likewise, whether you like to wear necklaces and scarves at the same time, or love fedoras despite the fact that they’re usually worn by greasy “nice guys,” embrace whatever kinds of clothes make you feel good, no matter how others may try to influence you. Who knows? You may end up starting a trend, just like how Marie Antoinette’s sweet, feminine, pastel-hued frocks are still influential today.

Mon amie, if you’ve never had a macaron before, then get thee to a bakery. These light, delicate, French sandwich cookies are quite trendy right now, but they’ve been around forever – so long, in fact, that they were known as one of Marie Antoinette’s favorite snacks. The queen was also fond of chocolate, insisting on starting each day with hot chocolate topped with whipped cream and an orange blossom. She even had her own personal chocolate-maker. (As if the hairdresser wasn’t enough!)

While these two indulgences – along with her creating lavish gardens around the palace Versailles, plus a village-like playground for her children called the Hamlet –  caused people to label Marie Antoinette as frivolous and careless, she didn’t mind. She liked sweet treats and pretty gardens –  political environments aside, what’s so wrong with that?

Take a cue from this queen’s killer confidence in her own interests and let others judge while you sip your pumpkin spice latte or binge watch your favorite anime. So what if it’s too common or too weird? They don’t have to like it, just you.

See the devilishly handsome rogue with the cocky eyebrow above? That’s Axel von Fersen the Younger, Swedish count and close friend of Marie Antoinette…and more, or so it was said by the citizens of France at the time.

You see, Marie Antoinette’s husband and the king of France, Louis XVI, was an awkward, slovenly dud. Therefore, it was suspicious to see the queen with a stud like Von Fersen. The rumors took off like a rocket, and not all of them involved the count.

Marie Antoinette was accused of having many affairs, not just with Von Fersen but with her many female friends, and of wasting French taxpayers’ money, earning her the cruel nickname, “Madame Deficit.” Now imagine if such a polarizing public figure had a Twitter – the trolls would be incessant!

But trolls gonna troll and haters gonna hate, so if anyone is spreading trash and lies about you, don’t sweat it. As you can see, the gossips are never the ones who make history; instead, it’s the ones they spread rumors about.

The clad-in-black cutie with the intense stare is Marie-Thérèse, oldest child and daughter of Marie Antoinette. While most of the French court wasn’t super pumped about the first royal child being a female, when her baby girl was born, Marie Antoinette was elated, telling the infant that she was “not desired, but you will be none the less dear to me!” The queen loved all of her children equally, but had a special place in her heart for her daughter.

There were also many fiercely loyal females within the queenly inner circle, including the Duchesse de Polignac and the Princesse de Lamballe. Safe to say, Marie Antoinette was a girl’s girl through and through, and proud of it. She definitely would’ve rolled her eyes at women who claimed to be “not like other girls” or “one of the guys.”

Men are nice and all, but relationships between women, whether they be through friendship or blood, are to be celebrated. Stick by your girls through thick and thin, and they’re sure to do the same for you.

So even if you didn’t know anything previously mentioned about the last Queen of France, you likely came into this article knowing two facts: her most famous quote is, “Let them eat cake,” and her life was ended when she lost her head to the fearsome “Madame Guillotine.” While it’s unlikely that Marie Antoinette ever spoke that infamous quote (if anything, she said “Let them eat brioche”), that sad ending is all too true. The French Revolution was inescapable, and after a long imprisonment, Marie Antoinette was executed in Paris.

Somehow, though, Her Most Christian Majesty powered through the inhumane endeavor with strength and will power, illustrated in my favorite of her quotes:

“Courage! I have shown it for years; think you I shall lose it at the moment when my sufferings are to end?”

Those are some bold words for someone about to literally lose their head, but “bold” may just be the perfect word to describe Marie Antoinette. As a princess, she didn’t have much control of her own life, but she somehow managed to always stay true to herself. If she can stay steely and strong when facing a guillotine, you can do the same when facing anything.

Talk to me, readers!

Just as everyone has a favorite Disney Princess, I personally suggest every modern woman have her own favorite historical queen, so that they may look up to her bravery, intelligence, and wit in times of need.

Indeed, Marie Antoinette never gave a pre-battle speech to an army like Elizabeth I, or participated in a rebellion like Rani Laksmibai, but she was incredible in her own right. She was stylish. She was iconic. She was authentic. She was the one and only Marie Antoinette.

So do any of you out there already have a favorite queen? Do you have a similar love for all things Marie Antoinette, or do you prefer Queen Victoria or Queen Liliuokalani? Comment below as well as share this article with the world! Please, thank you, and see you next time! 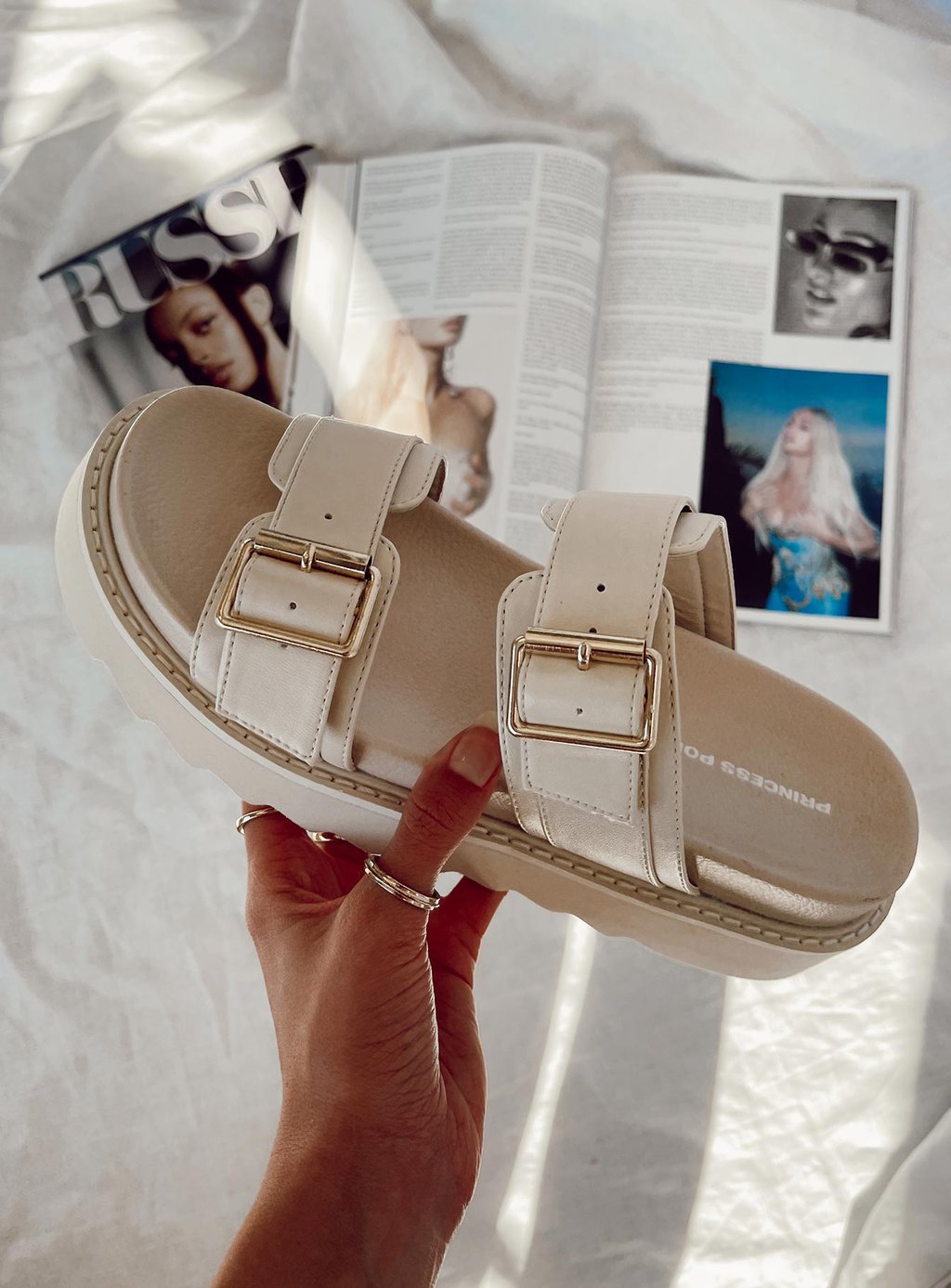