Real Talk: The Other F Word

An introduction to feminism in 2016.

January 28, 2016 by Esther - Case Western Reserve University
This post may contain affiliate links, which means we may receive a commission if you purchase through our links. Please read our full disclosure here.

In today’s Real Talk, I’m going to talk about the elephant in the room: feminism. We’ve covered feminism in fashion and ways to be a modern feminist before, but we’ve never before devoted an entire post to explaining the movement in detail. It’s time.

No matter how you end up feeling about it, you should first be informed about what feminism actually is. There’s a lot of misinformation being circulated everywhere from social media to news outlets, and we’re here to help you make sense of it all. But first, let’s talk about…

Why is feminism a dirty word?

Why did the UN encourage Emma Watson to stay away from using the word and why do many women try to distance themselves from that identity? Some say it has to do with the anger that feminists seem to have and others say that they simply don’t agree with feminism’s ideology. Some people avoid calling themselves feminists because they feel the term is alienating — and honestly, I understand that. When you introduce yourself as a feminist, you may have to brace yourself for some backlash, and that can be difficult to handle.

Over the years, the meaning behind the feminist movement somehow became confused and contaminated with anger and bias. For some people, the fight for equal rights was understood as a fight for power over others, obscuring the original goals of the movement. This misunderstanding lingers today.

With so many people shouting different things, it’s not hard to see why something like feminism would be under attack. But before you join the angry mob, take a moment to understand what it really is about. It’s more than just a label and certainly much more than a dirty word used by women to gain power…

So what does feminism really mean?

I’m going to put a little disclaimer before I say this: textbook definition does not always translate to real life, which is obviously the problem. But in its purest form, feminism is really just a movement for equality: for women to be treated equally and given the same rights as men. (That’s the simple definition. For a deeper understanding, I recommend looking back through its history. Beware: It’s not always pretty.)

Right now, we’re experiencing third wave feminism, one of the movement’s most inclusive iterations. (We talked about it in our Modern Feminism article.) The hallmark of third wave feminism is that it allows individuals to incorporate their own identities and beliefs into the core of feminism. This addresses many of the problems of past feminist movements, such as “one size fits all” feminism. Third wave feminism acknowledges that the plight of each person (female or not) is different and that the core needs to be flexible to be successful.

At the same time, third wave feminism is still sometimes confused with man-bashing, even by prominent women. Indeed, a few modern feminists have vowed to bring men down to our level rather than fighting to lift women up. But that’s not what feminism stands for, nor does it reflect the views of most feminists. While everyone is entitled to their opinions, it’s important that we all remember that not all men are bad, just as not every woman is good. Misandry and fighting against half the population is not a feminist value.

Third wave feminism also acknowledges that our values and morals are heavily influenced by growing up in a male-dominated society, from our beauty ideals down to how our biology textbooks are written. Feminism acknowledges that this hurts women and men. Whatever your “brand” of feminism may be, it is important to remember that both men and women are held to ridiculous standards because of the heteronormative criteria we are raised to support. Today’s feminism aims to break down those beliefs so that we can work to make society better for everyone in it, including people who do not identify as female.

I’m going to rewind a little so we can get clear. Feminism’s goal is equality for all, but it’s important to reiterate that feminism doesn’t focus on men. Feminism works to bring women’s political issues to the table in order to boost women up to an equal playing field in all ways.

Feminism, in a similar vein, is not about hating men. Of course, there are some feminist women who have had their opinions colored by negative experiences with men. Those women are entitled to their feelings and are included in feminism. But the movement itself does not preach bashing men.

And while we’re at it, being a feminist doesn’t mean that you have to give up your dreams of being a stay-at-home mom or that you have to discover the cure for cancer (although the latter would be awesome!). Some feminists like to applaud only women that have done certain things and look down on other women for doing others. True feminism celebrates all women, whether they are the mother of twins or a 40-year old single woman, pursuing her career. It is for all of us.

Are you a feminist?

There are many more issues to discuss that are beyond the scope of this article, like the arguments about gender identity and sexuality and feminism. There are also a lot of problems with feminism and the way people use it to further their own personal goals. The possible discussion topics go on and on, but I hope I gave you a decent, basic overview of the movement.

Obviously, feminism is a broad topic, so if there’s something I missed or something you disagree with, please leave a comment. Now I want to know: How do you feel about feminism and do you think it’s going in the right direction? Are you someone that identifies as a feminist, and if not, why? Tell me in the comments.

8 Movies to Get You Into the Fall Spirit

The 10 Most Important Things I Learned from My First Qu... 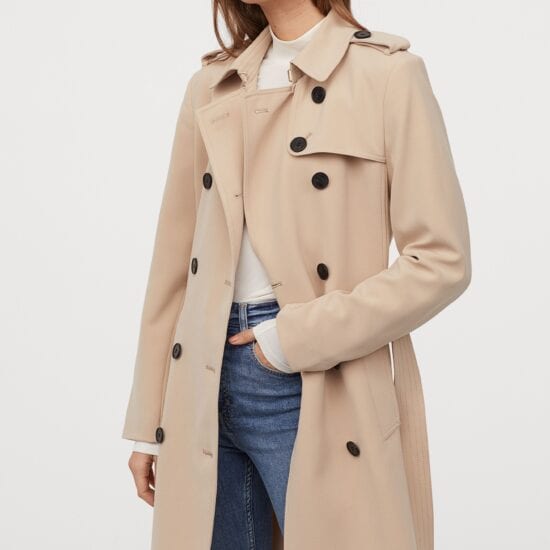 Now you can help the planet and look amazing while doing it.